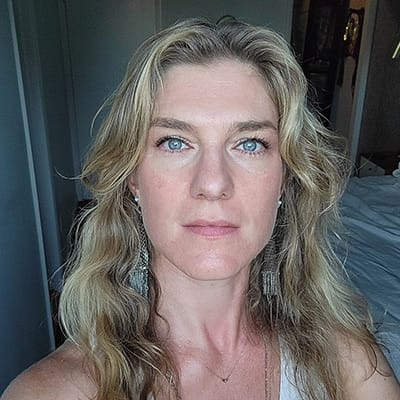 Anya Kamenetz worked as a journalist for many years including eight years as a national education correspondent for NPR, where she won several awards, reported from Ukraine, Colombia and India, and co-created the podcast “Life Kit: Parenting.” She speaks, writes and thinks about generational justice and how children can learn, grow and thrive on a changing planet. She’s published five books, including The Stolen Year: How Covid Changed Children’s Lives, And Where We Go Now.

She’s been a New America fellow, a staff writer for Fast Company Magazine and a columnist for the Village Voice. She’s contributed to The New York Times, The Washington Post, New York Magazine and Slate, and been featured in documentaries shown on PBS, CNN, HBO and Vice. She frequently speaks on topics related to children, learning and innovation, to audiences including at Google, Apple, Sesame, SXSW, TEDx and PopTech.

Anya grew up in Baton Rouge and New Orleans, Louisiana, in a family of writers and mystics, and graduated from Yale University. She lives in Brooklyn with her husband and two daughters.