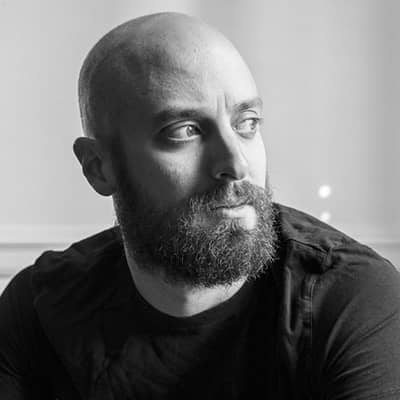 Jon Adam Ross is a founding artist and the executive director of The In[heir]itance Project, a national arts nonprofit that works with communities to build relationships across divides through collaborative theater projects inspired by shared cultural touchstones.

Since its founding in 2015, the company has guided over 10,000 people in the creation of original theater pieces in 14 cities across the U.S. The content of these plays is determined by three interconnected elements; the history of the place, the lived experiences of the people who call it home, and a cultural touchstone (a sacred story, a song, etc.) that resonates with varied segments of the community. These ingredients inspire conversations, writing workshops, and open rehearsals, culminating in an original theater piece that is collaboratively created with the community.

As an actor, Jon has performed in over 90 cities around the globe. His stage credits include a dog, a 2,000-year-old bird, an elderly orthodox Jew, a spurned housewife, a horse, a wrestler, a British naval officer in 1700s Jamaica, a goat, Jesus Christ, a lawyer, a wrestler, a hapless police chief and a cyclops.

Jon holds a BFA in acting from NYU/Tisch. As a parent to a 2-year-old, Jon has recently provided silly voices to such inanimate objects as a winter hat, a rubber ducky and a syringe of children’s Tylenol.