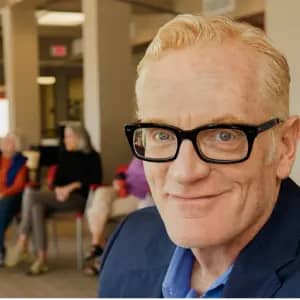 Tim Carpenter started EngAGE twenty years ago to create community and change lives by transforming affordable senior and multigenerational housing communities into vibrant centers of learning, wellness, and creativity. The EngAGE mission is to empower people – intellectually, creatively, and emotionally – to do what they do best for the rest of their lives.

As the organization continued to grow, Tim realized he needed a strategic plan. He reached out to the Encore Fellowships LA director who provided three candidates, and one, Michael Dowlan was the perfect fit. “It was instantaneous…as soon as we met Michael, we knew he was a match because of his background, skills, and interest in aging. Even in our first meeting, his level of preparation was apparent, and he’d already thought the process through.”

As someone who originally worked in the private sector, Tim was open to applying business strategic planning to the non-profit sector. “But experiencing Michael’s high-end private sector experience was the big ‘Wow’ for us. Michael spent a lot of time talking to me and my people, listening to our ideas and connecting us to the process to take ownership. He had my total buy-in—any moments where people said they did not have time, I said, ‘You have to find time; it’s an organizational priority.’ However, it was Michael’s ability to develop the relationships and personalize the process to the team which made it successful.”

The team spent hours whittling down 600 ideas to 33 distinct goals and designing a roadmap. “Michael also created an amazing implementation tool to track it…I would not have come up with this tool in a million years—none of us had the skill.”

Michael helped develop the vision for growth, but also focused on what the organization needed to do, in terms of infrastructure, staffing and capacity. “He helped us on two tracks; we solved not just where we are going, but how are we going to get there. I also had a gut feeling that I needed to change my role based on what I do well and like to do. Michael helped me figure out my own personal journey in terms of a succession plan and my role. I can see the path to that now. We have a plan. I can change what I do, and how I do it, but still be with the organization.”

Tim sums up, “Ultimately, Michael’s work was beyond my expectations—it stopped being, ‘Someday, something is going to happen’ to ‘Let’s look at it and plan.’ Michael has become such an important person to us that our staff and board have said they’d like to keep him around. We are looking at that.”